I have a confession to make: my passion in life is to go to random public auctions in the hopes of the finding the next multi-million hidden treasure. Maybe I was inspired by that self-storage auction show, maybe I have a secret passion for antiquities or maybe I just have a gambling mentality, but I like to think there are amazing bargains to be found at public auctions.

Think about that rare hockey card that is secretly worth hundreds of thousands, for example, or that ring that happens to be a long-lost heirloom worth millions. And why not? This kind of thing happen all the time: people put something up for sale without knowing the true value and they end up selling for dollars what is worth millions.

Sadly, one thing you quickly learn from public auctions is that you might as well have walked into a giant garbage bin. In three years of dumpster-diving, I haven’t even found one thing that was even close to remotely valuable. My personal niche is painting and, over the years, I have been hoping to get a seriously undervalued piece of art on the cheap, a task I’ve so far failed miserably at.

With that in mind, here are ten awful painting I found up for sale during my researches, along with a title I feel describe the work best as well as a short evaluation of the painting’s artistic merits. 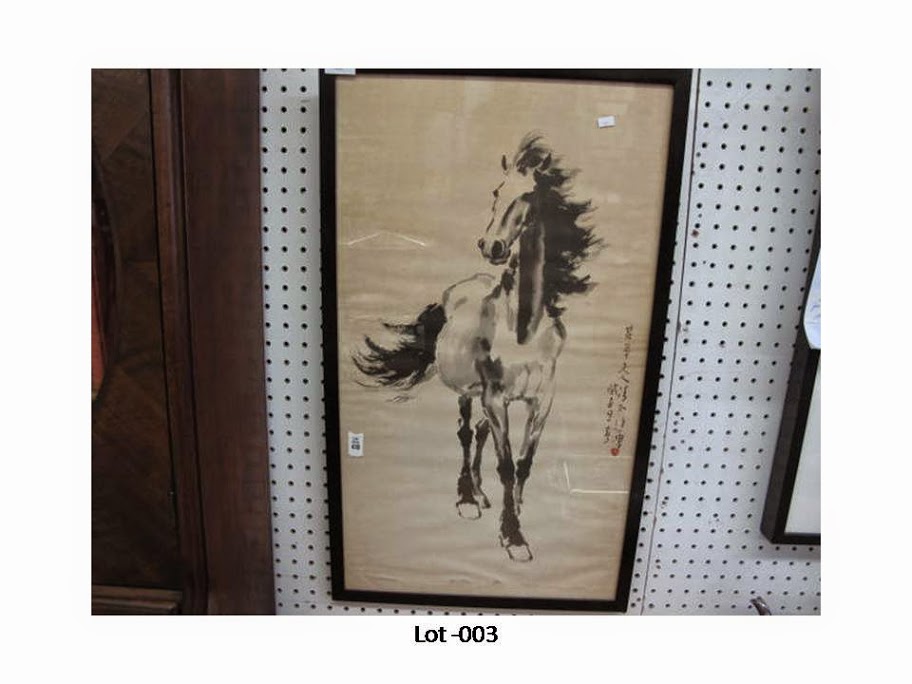 Was it honestly too hard to draw the legs at the correct place? The head is not floating randomly to the right, so why are the back legs? Have you thought about the fate of this poor horse?

Honestly, when you make a mistake like that, just restart. Trying to sell this is just an insult to mankind.

9) Nude painting is not for everybody 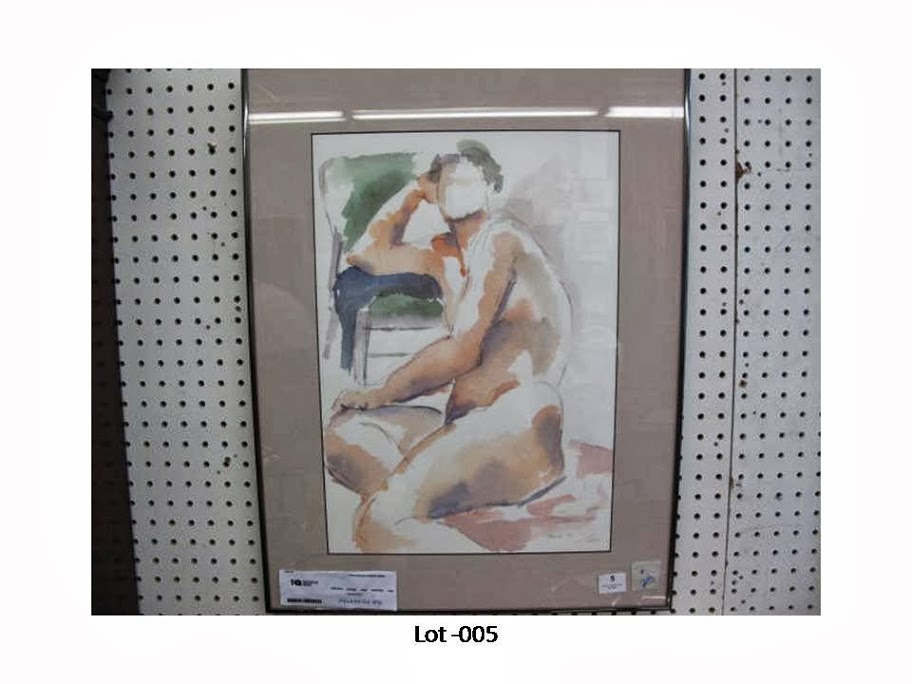 At first, I was going to complain this drawing lacked details, but then I realized it was for the better. This heavily-scoliotic man with a broken hip and a missing feet is somehow posing on the shortest chair in the world. Seriously, try to set and put your elbow on a chair and tell me how easy it is.

8) There are some things not worth painting, and this is one of them 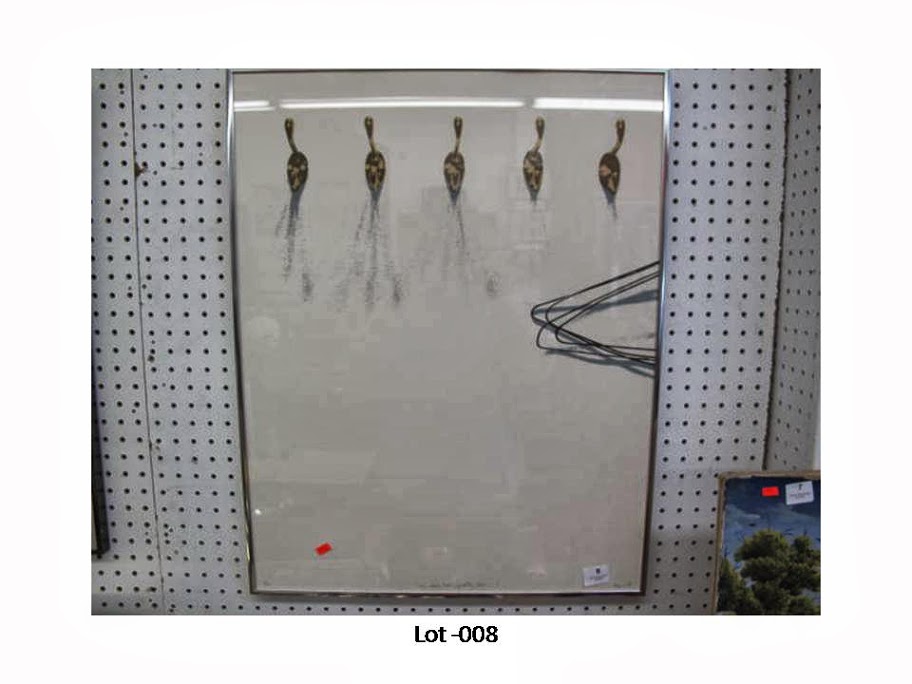 This drawing would be perfect if it was meant to represent what Alzheimer is. I don’t know why, and perhaps I’m interpreting this too far, but to me, this screams of an old man who took his coat from the hanger and just never came back. The negative space on the canvas seeks to express the poor old man’s state of mind and this painting seeks to express the final image carved into his mind. Also, why are your hangers sweating and why are some sweating more than the others?

7) Phased out lady with a wobbly back fixes her hair 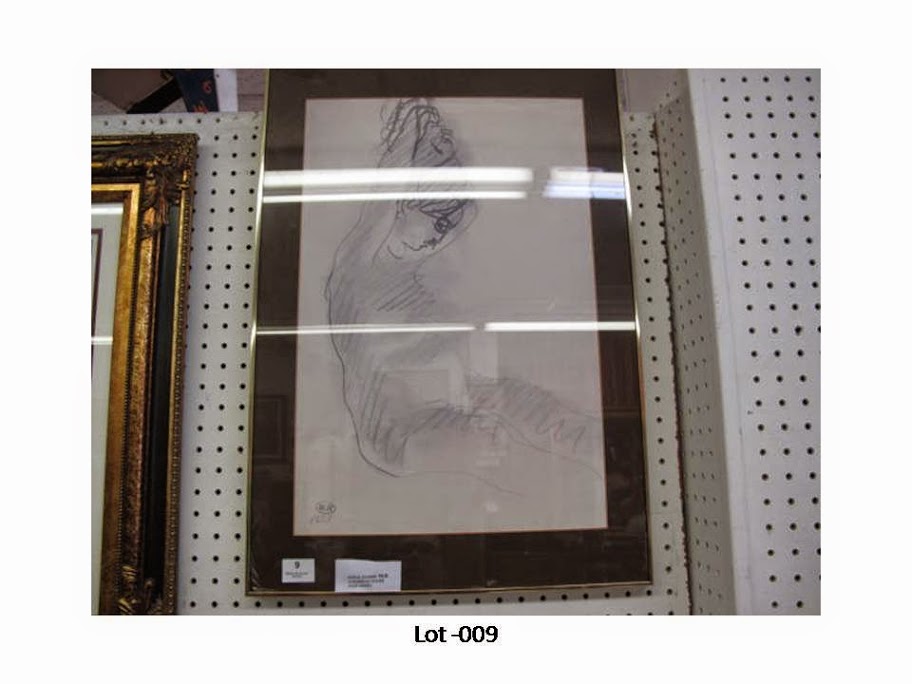 Since you were so lazy drawing this up, I’m also going to be lazy commenting it. This is absolutely fucking terrible and I can think of a thousand things I would put in a frame before that. 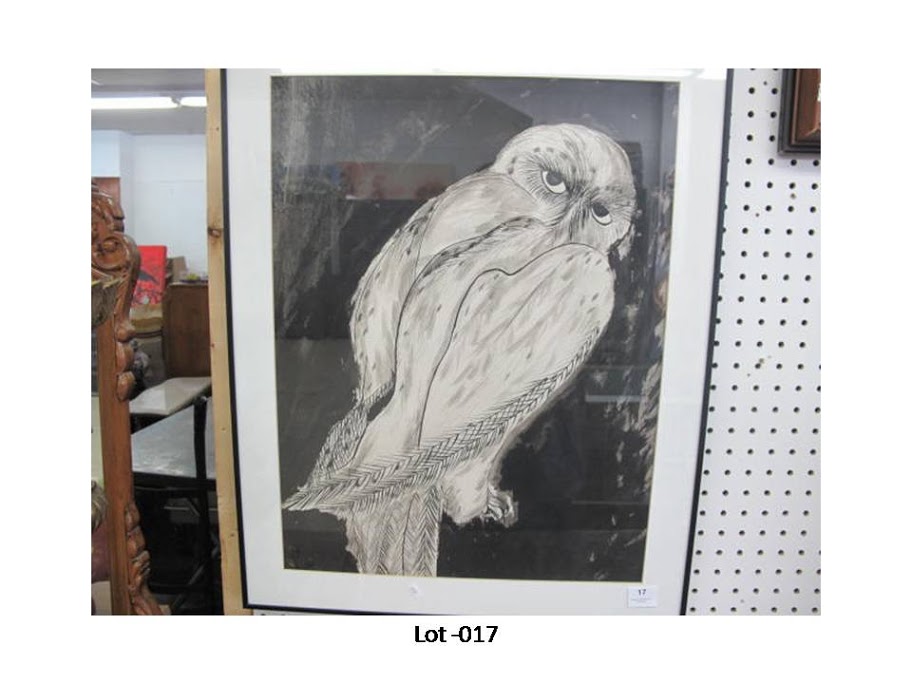 Why is this owl wearing a sweater and why is its beck merged with its body?

So many questions, so few answers. Next!

5) A new Picasso has emerged 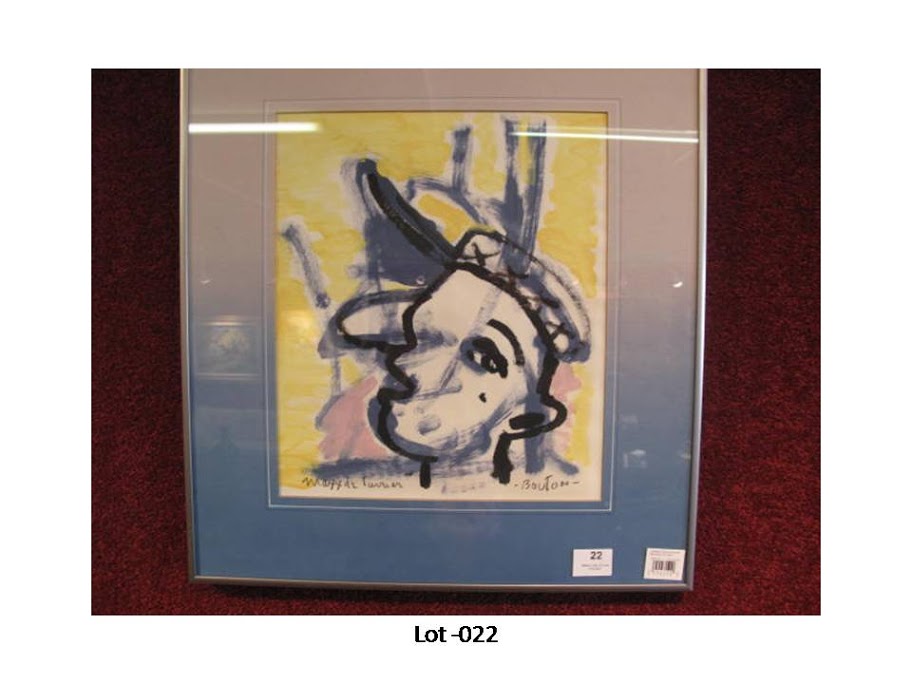 I swear to God this is one of those tests they give to seniors to test how advanced their dementia is. 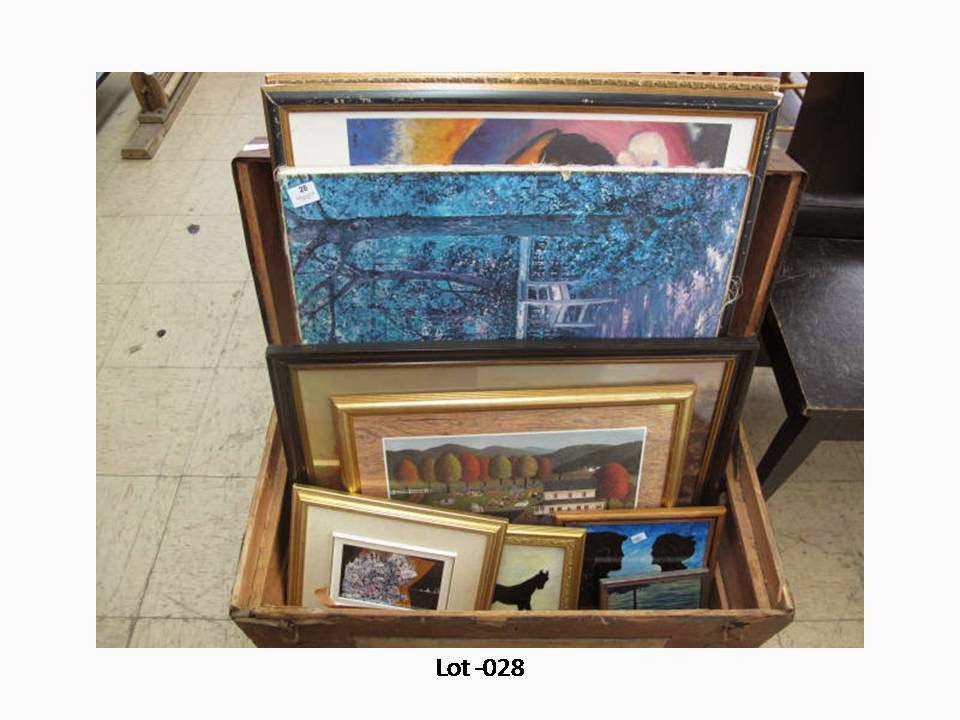 The auctioneers didn’t even bother photographing these individually, they just shoved them all into a box and hoped for the best. They asked for $5 and, unsuprisingly, no one bit. I think the most valuable element in that set is the box.

It’s not that those painting are bad, they’re just very bland. Who wants to be stuck with ten mediocre painting? Space is money, you know. Wouldn’t you rather buy one great piece of art instead?

3) Acid and psychosis, a dangerous combination… 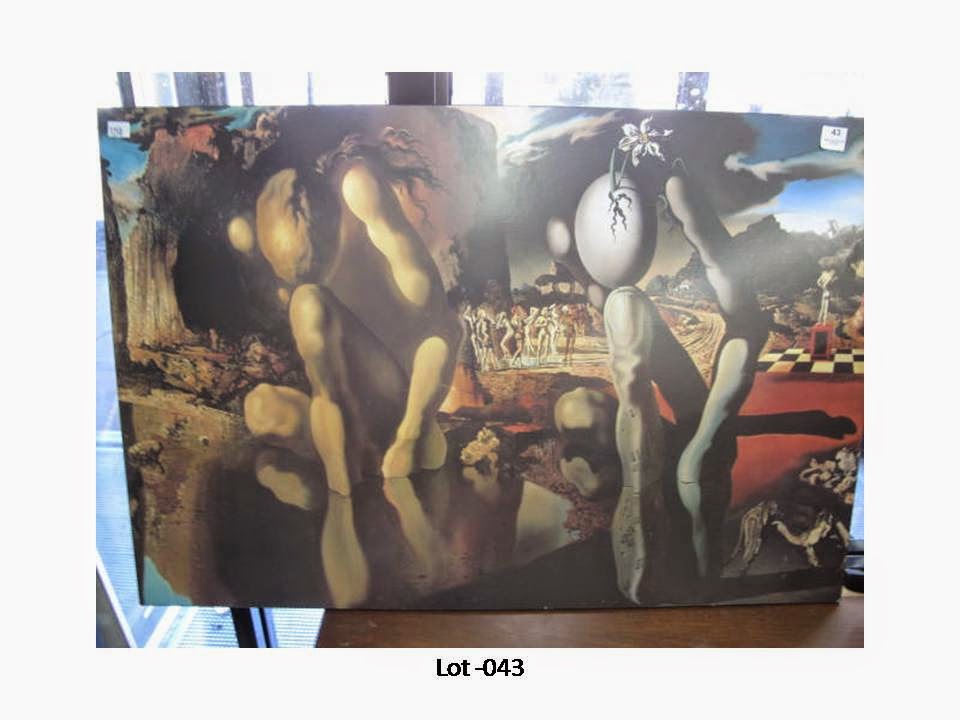 Honestly, that painting is great, but even since I started taking LSD on a daily basis, I’m scared of what I would see during one of my bad trips, so I passed.

2) Our lord Atari has spoken 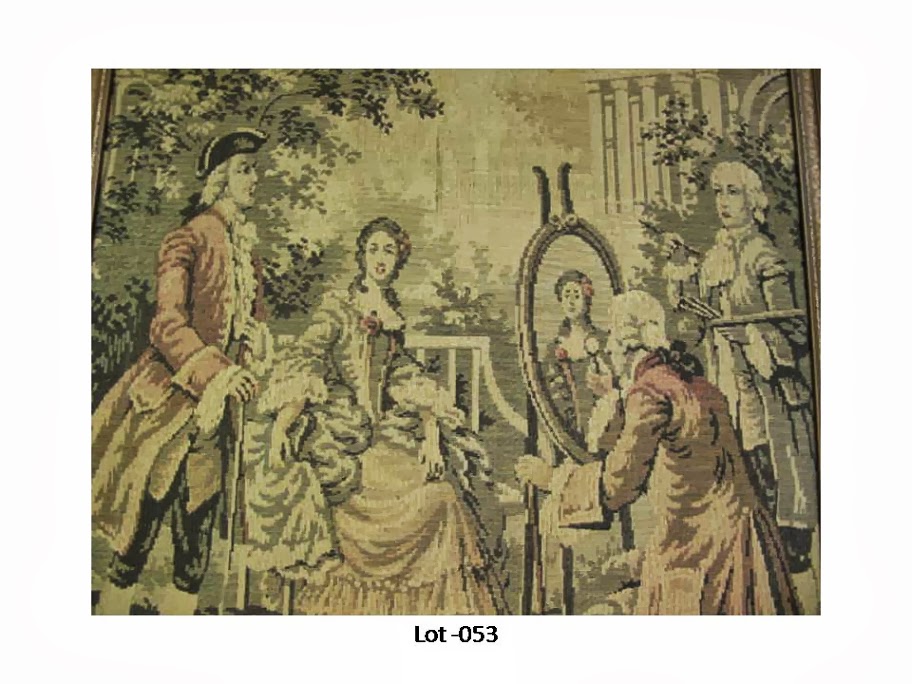 Back when I was young, I used to have a 386 MHz computer. I remember it came with a turbo button and that, if you turned turbo off, the computer would crash. Like, it would literally crash. This brought an obvious question: what was the point of a Turbo button? Who would go, “Yeah, I want my computer to run slower than it possibly can?”

All this to say that this is exactly the kind of image that this piece of shit computer would produce. I have to congratulate the artist on this: I didn’t think you could produced a pixelated piece of art in real life. 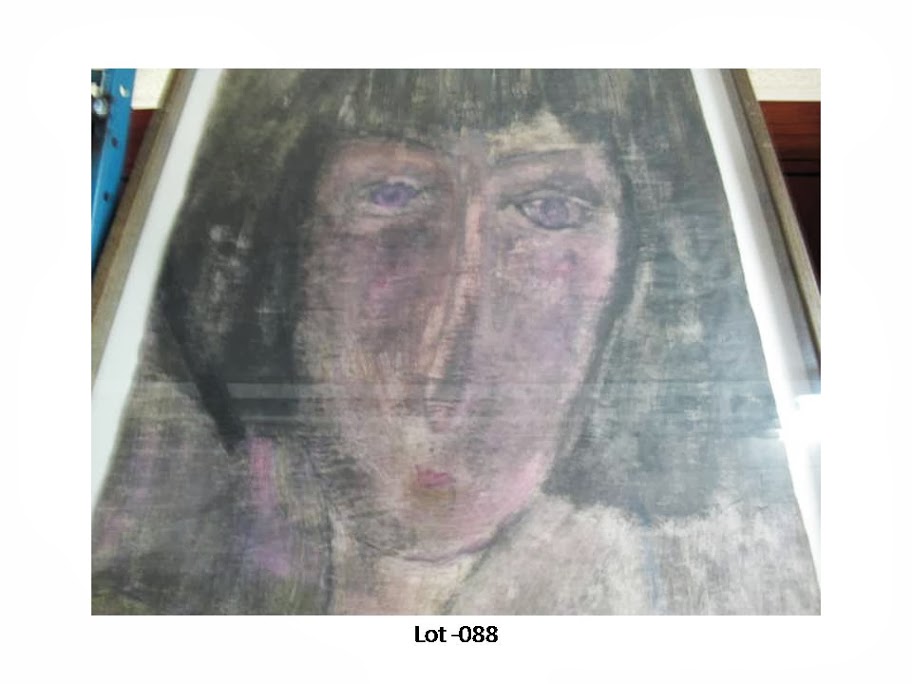 I think we have a contender for the worst drawing of all times. Absolutely nothing on that painting is done correctly, not even the color of the eyes. This is the most half-assed, butchered, shiftless piece of garbage that I’ve ever seen in my life and I have no idea how it ended at an auction, let alone why the auctioneer bothered asking for bids.

I’m not even going to try to make sense out of this. I mean, look at it, and then you’ll start to wonder why you wasted time looking at it in the first place.