SO some market manipulators have managed to push Alibaba down below $80. “Alibaba is a scam! Alibaba is over! It’s going to crash!” I laughed it hard as they tried to give a negative spin to every single piece of news they could find. “Alibaba is acquiring too many companies!” “Alibaba is selling too many things and is vulnerable in case people decide to return it!” “Alibaba is a chinese company and if a war breaks out between USA and China, it will crash!”

Some people just like to write clickbait garbage. Take these two titles from not too long ago:

This is so unbelievable. If you listened to these people, we are apparently all starving and the economy is about to implode and we will all be homeless.

Now, to be honest, Twitter and Linkedin’s failures and subsequent crashes (pretty retarded as both companies reported earnings that were pretty much in-line) bode poorly for the King of The Stock Market, Alibaba.

Yet it’s impossible to lose money by investing in Alibaba. Why? Because Alibaba is one of those companies that cannot be defeated.

… those are all companies that are “immortal.” Sure, there is a tiny likelihood that one day they will be gone and hell, KRFT is just now merging with Heinz or some crazy shit like that, but the fact remain that amongst the highest-quality blue chips companies, very few ever falter. Once you’re at the top of your field and once you pretty much control your sector, you are pretty much unstoppable. Oh, there is fraud, of course - many would have put Enron in that list - but if you diversify well, fraud isn’t much of a threat to you. And no, Alibaba is not about to blow up as a major fraud not even a year after doing an IPO.

1) BABA is so underpriced it makes my favorite company looks massively overpriced.

Quick: how much is a company that is basically Amazon+eBay+Google+Twitter+Facebook+FedEx+Paypal+Akamai+Bank of America+Spotify worth? Quite a bit? Huge much is that company worth if it operates in a country with roughly 4 times the population of the US?

Alibaba is to China what pretty much every single company listed on the S&P500 is to the United States. It’s so big you actually have to go to China to realize that Alibaba is pretty much all of China. For an American, it’s hard to understand a company being so big, but Alibaba can pretty much be considered “China.”

Its Taobao and Tmall websites are pretty much “the” place to order things from. Chinese do not have the same reflex as us to go to store: when they want something, they go to taobao.com or they open the Taobao app or whatever and order from there. Shampoo, perfume, clothes, electronics, you name it.

Alibaba is like Amazon, but so much bigger. Whereas Amazon barely makes any money and waste everyone’s time with stupid products like the FirePhone (LOL), Alibaba focuses on the essential. Seriously Amazon, don’t bother making a firephone 2.

2) BABA is growing at a completely insane speed

Alibaba is growing so fast the New York Stock Exchange might have to update its computer to handle how much it’s worth one day. If you looked up “growth” in the dictionary, you should find the logo of Alibaba.

I mean, just look at these metrics: 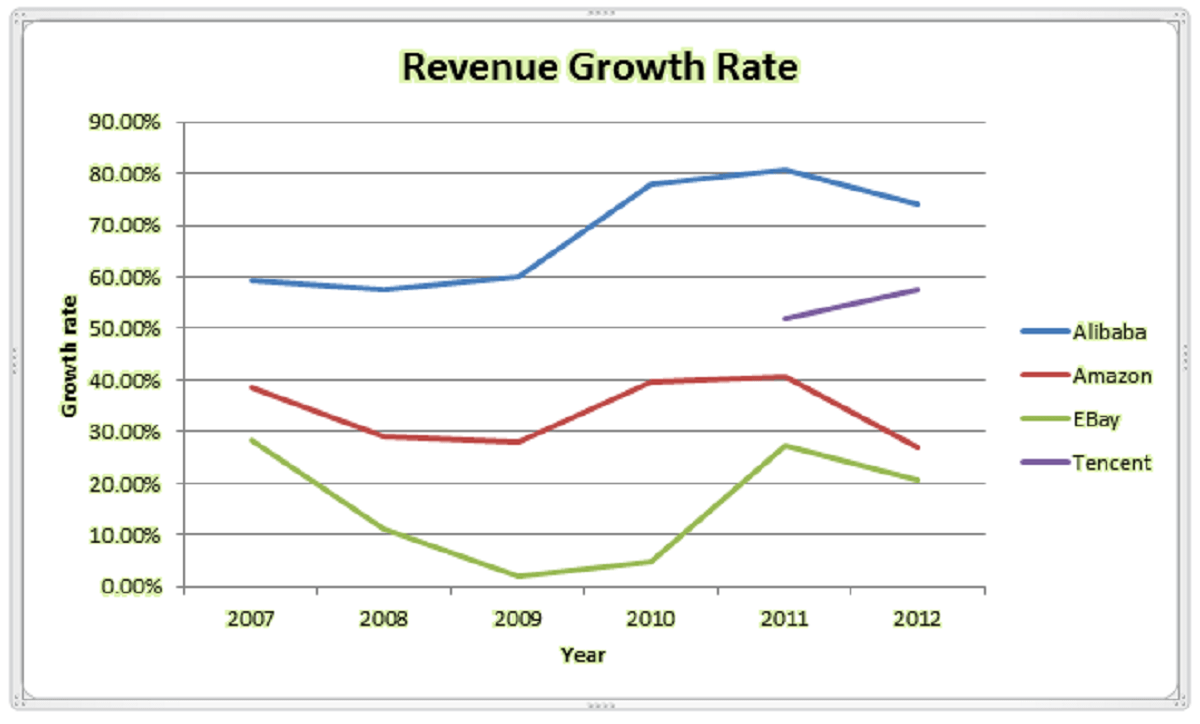 3) ALIBABA crashed due to bullshit rumors and stock manipulation

So why did Alibaba crash from $120 to $80? Because bullshit, that’s why. All of sudden, a plethora of useless news came out. “Alibaba’s growth is slowing down! Alibaba accused of selling fakes! Alibaba is trading at a P/E of 45!”

It’s crazy how manipulated the market is. I have no doubt someone, somewhere, shorted the stock when it reached $120, fully knowing those news would come out and crashing the stock.

When you look at facts, Alibaba is underpriced by a wide margin. The only explanation is either a massive fraud that I somehow don’t see and that has somehow managed to trick everyone in China, or irrationality. I know what I’m betting on.

4) Only a complete idiot sells his Alibaba shares right now

Alibaba is still growing at 60%+ per year. Hell, it’s still a young company and the 45 P/E will soon be 22.5, then 11.25 at current metrics. And I’m not even talking revenue, which is exploding as China’s economy and Middle Class keeps growing. And for all of that, the answer is to invest in Alibaba.

It’s an easy 30-40% return per year. I don’t see who would sell BABA at the current price. You don’t sell in dips. In fact, the current dip creates a dream opportunity to buy.

Based on how Alibaba is trading, I would say most people pretty much expect it to go bankrupt any day now. I mean, seriously? It fell from $120 to $80 like it was nothing over one stupid earnings release that barely missed expectations?

Even if Alibaba beats expectation by 1%, the stock will soar. People today have such a bad opinion of the stock that it’s basically worthless. I mean, if the valuation doesn’t increase, Alibaba will be able to pretty much buy itself. $200B for pretty much half of China’s consumer market? $200B for the biggest selling platform in China? Yeah, I don’t think so.

5) Alibaba stock can get so. damn. high.

Alibaba is what I would call a “Tesla” share. There is no real limit of how high it can get once the scammers who crashed it decide it has to go back up (which they will - there is only so long you can lie and manipulate facts. See: Apple in 2012).

Basically, there is no reason Baba can’t reach $300 a share within a few years. See GoPro, TSLA and all those companies that trade at ridiculous valuations and rose up sharply to even more ridiculous levels.

There is no upper bound to how high Alibaba can get. If it keeps growing, and I believe it will since it’s a very young company, Alibaba’s share could lead to a $600B valuation easily. And it would be justified based on what its competitors are trading at.

6) There is, however, one bad point about Alibaba…

… just kidding. There aren’t any.

At under $80 per share, it will be extremely hard to lose money on Alibaba. You would really have to make an effort to lose money by owning Alibaba shares.

The earnings should be the catalyst that push the stock up. Do the obvious and buy BABA ahead of verdict:

VERDICT: Normally, May 15 ATM calls, but after my AAPL disaster, I feel like buying the shares are safer since they WILL recover eventually.