That’s it: I finally found the worst place in Montreal. It has been a wild ride, but I can finally close this part of my life for good. Forget Pacini and it’s gallon of salt, forget Scores and it’s I-can-believe-I’m-eating-that chicken and forget East Side Mario’s and its frozen garbage: Terrasses Bonsecours is so utterly bad those three places look like Michelin-star establishment in comparison.

But forget the long, slightly-boring rant for once. I’ll let this image do the talking: 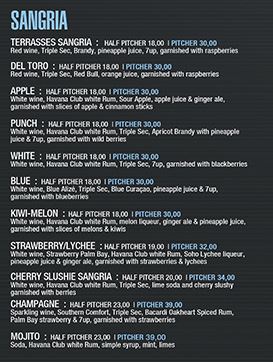 $30 fucking dollars for a fucking sangria pitcher. Un-fucking-believable. I’ve never seen something so ridiculous in my entire life. At first, I thought there had been a misprint, but no, that’s really what they have the nerve of charging you. Add in the taxes (15%) and tips (15%, and you’ll be glanced at like you’re some cheapass) and you are closing in the $40 mark. For a fucking pitcher of fucking sangria! What the fuck? You could literally drink liquid gold and it would cost you less! You could eat a high-quality steak, a real one from a nice place, for this fucking price!

And as if this wasn’t bad enough, Les Terrasses Bonsecours has the nerve to charge even more for its “special” sangria. Specifically, in case you can’t tell because the characters are too small (some restaurants don’t put their prices on their website at all. Others put it so small you need a magnifier to see them. That’s one way to do it, I suppose), here is what their “Mojito” sangria contains:

All of this for the one-time price of $39.  With taxes and tips, that’s fucking $51.58, rounded to the nearest dollar of $52 because you don’t want to look cheap, for a fucking pitcher of Mojito on a fucking terrace.

This alone gave me eye cancer. I couldn’t believe this was even for real. What’s so “sangria” about it anyway? It’s a fucking mojito pitcher with below-average quality Rum! It has nothing to do with sangria altogether.

I tried long and hard to find a picture of this pitcher, without success. Apparently, nobody ever put a photo of it online, possibly because nobody ever ordered it, and I certainly wasn’t going to waste $52 for it. Here is a photo of some of their other sangrias: 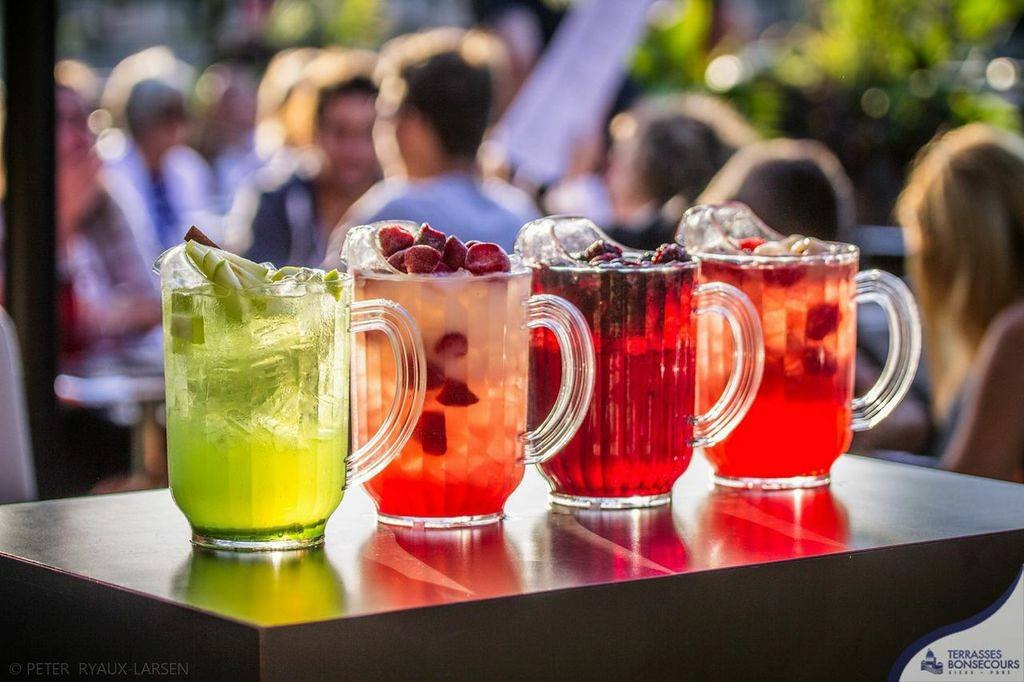 Do they look good? I suppose that when a photographer spends a day setting it up to get the perfect angle/lightning/exposition, then yes, they look good. Are they worth $40? Hell no. Just because you throw a couple of fruits on top doesn’t automatically double the value of a product. By the way, have you seen the quantity of ice in those pitchers? Look at the second one: how much ice could you possibly jam in one stupid plastic pitcher?

Then comes the good old test of reality. Here is a picture that illustrates my point. On the left, what they advertise. On the right, what you actually get. 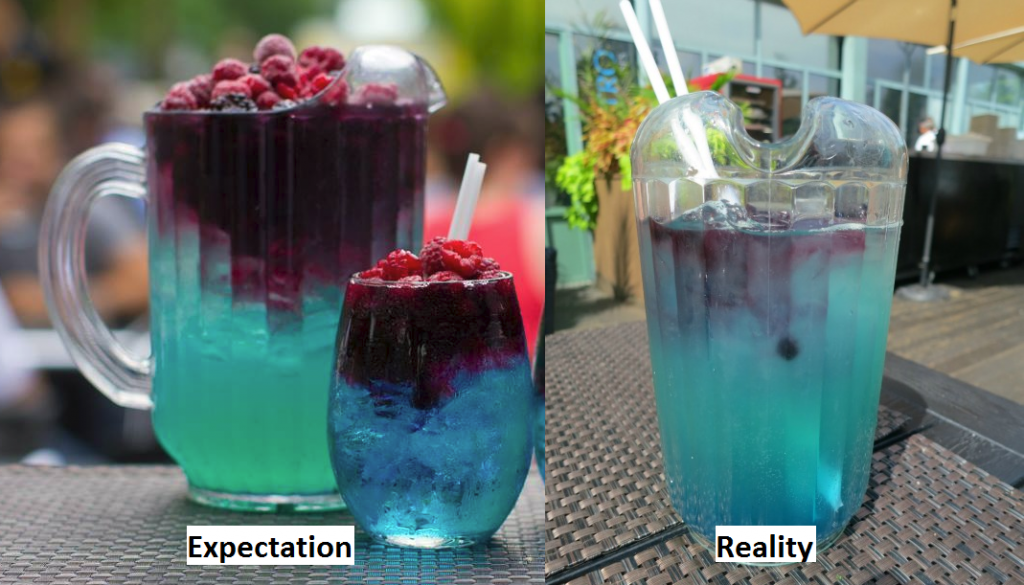 If I was served that, I would be pissed. I mean, if I had spent… Hmm… $40 for the pitcher on the right, which looks more like a pitcher of Kool-aid with a little red syrup, I would honestly leave without paying.

Are those people fucking insane?

Let’s go back to the $52 mojito recipe above. This is what the product actually costs to make:

Total cost to make: $7.85. Price you pay, $52, a 600% markup, for something that every fucking idiot on Earth could make. I don’t get it. Do people genuinely enjoy the feeling of getting ripped off or what? Is that part of the experience? Is that one of those “I went to Les Terrasses Bonsecours, look at me, I’m so cool/hip/flashy/rich?” There are some people starving in this fucking world: I can’t afford to pay $52 for fucking sangria with piss-poor cheap rum.

Whenever I complain about something being “massively overpriced,” there’s always someone to come tell me, “You pay for the ambiance, not the product.” Ambiance? What fucking ambiance? This is what Les Terrasses Bonsecours looks like: 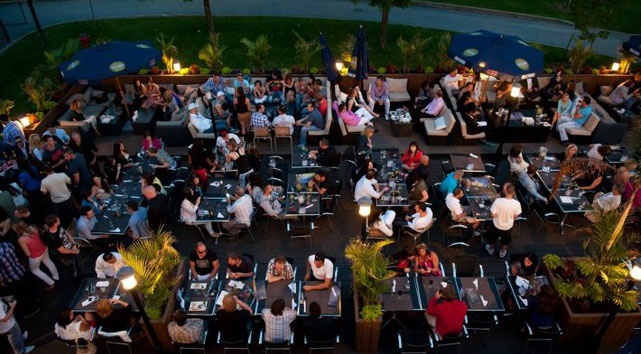 It’s a fucking terrace, like another million at least in Montreal. What’s so special about it? What justify prices that are higher than your rent? The truth is: nothing. There’s nothing “special” or “magic” about Les Terrasses Bonsecours. It’s just a massively, massively overpriced venue that rips you off at every turn.